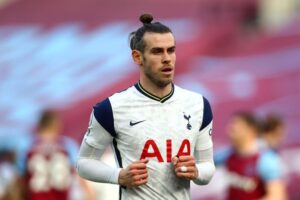 Tottenham forward, Gareth Bale has given his say on who the most complete player is between Cristiano Ronaldo and Lionel Messi.

Bale has been opportune to play alongside the Portuguese forward during his spell at La Liga side Real Madrid.

The Welshman had also played against the Argentine magician on multiple occasions including in the El Clasico.

During his interview with Life’s A Pitch, picked CR7 claiming that the Portuguese was the whole package.

In his interview, he said;

“Obviously, you can’t say anything bad about Messi, but for an all-around complete footballer, I’d say Cristiano Ronaldo.”