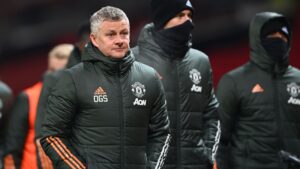 The four players the club is ready to let go of are; Phil Jones, Marcos Rojo, Sergio Romero, and Jesse Lingard.

Romero has fallen down the ranks among the goalkeepers, while Marcos Rojo has not featured for the team since the start of the season.

Jesse Lingard doesn’t seem to be in Solskjaer’s plan and would be allowed to leave for him to gain enough playing time.

Clubs like Leicester City, Newcastle United, and West Ham have all been linked with a move for the English midfielder.

Phil Jones has almost never featured for the team since the appointment of the Norwegian manager.