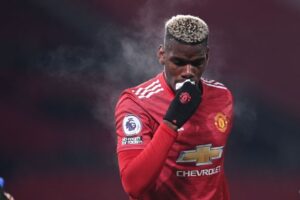 The Serie A giants had initiated an Aaron Ramsey and Douglas Costa swap for the French midfielder.

But as it stands, The Red Devils see neither Ramsey nor Costa as part of the team’s future.

The Frenchman’s camp had stated that the midfielder is likely to exit the club at the end of the season.

Even though Pogba’s contract expires in 2022, his agent Mino Raiola stated that the Frenchman wants to leave the club.

The English Premier League had recently stated that they are willing to release four players this transfer season.

Manager Ole Gunnar Solskjaer had stated that they were not part of his plans as regards the team.