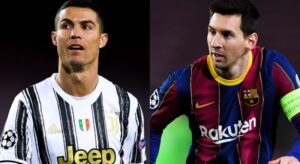 Brazil and Juventus midfielder, Arthur Melo has put a lid on the comparison between Cristiano Ronaldo and Lionel Messi.

The 24-year-old Brazillian has had the privilege to play in the same team with two of the greatest of all times.

Juventus took the 3 points from the game after a 3-0 victory over the Spanish side with CR7 scoring a brace. 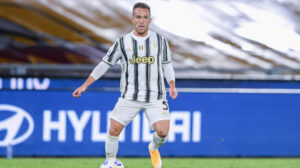 “They’re champions above all else. In this, Messi and Ronaldo are identical. Concentrated from start to finish, always.

“If they score three goals, they immediately think of the fourth. They never disconnect.

“It’s impressive and at the same time motivating, because they push you to do your best.”

“Compared to Messi, Ronaldo talks more and is more accessible. He never backs down if there’s a teammate in need, and he inspires fierce determination.

“He trains like an animal, he doesn’t know what a break is and he always encourages you to do your best, He leaves nothing to chance.”