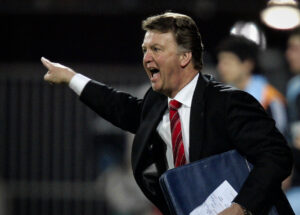 The Dutch midfielder caught the eye of the world after proving himself as a prolific midfielder for Ajax Amsterdam.

He was also a key element to the Dutch side’s run to the UEFA Champions League semi-finals in the 2018/2019 season.

There were a lot of challenges from Real Madrid but in the end, Manchester United secured the Dutchman’s signature.

Speaking on the Dutchman’s transfer to United, Louis said; 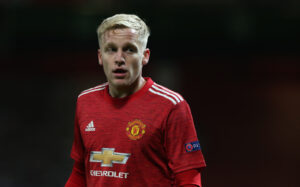 “I hope his time will come, but I don’t think he made a good choice. I said that right away.

“If you have Paul Pogba and Bruno Fernandes, what position would Van de Beek be in? He doesn’t have the qualities of Pogba and Fernandes.

“And now you see that Pogba doesn’t often start. Where should Van de Beek play then?”

“I think that you could have seen that beforehand.

“There are so many teams, which could have done better justice to him, also in the top division. He is a boy with many qualities.”

Van de Beek has only featured as a starter in 7 games across all competitions for the Red Devils.