Every One Involved In Burna Boy’s Twice As Tall Album 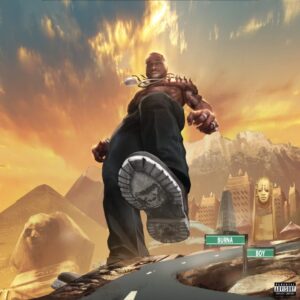 The most anticipated album of the year is here, Twice As Tall by Nigerian sensation Burna Boy, finally out.

The album tells a story of motivation, his achievement, where he is coming from  and the horrors he has faced.

Well as expected, such a big album wasn’t done by singular act, it took a host of other creative minds to produce this one.

The album features a host of artists including Sauti Sol, Naughty by Nature, Youssou N’Dour, Chris Martin and Stormzy.

Well there are Nigerian producers involved too though, LeriQ, Telz, P2J and Rexxie.

There are others involved in productions, including drums from Anderson .Paak. Sauti Sol, Andre Harris, DJDS, Telz.

There can’t be music without writers, can they?

Writers involved are included from the featured artistes and those involved in production.

These are the great hands that made this unique album.

If you haven’t listened to it, do well to do so.