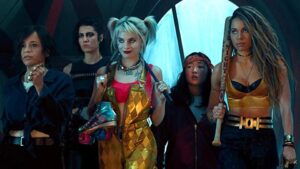 The Birds of Prey sequel has been cancelled according to reports because of the poor performance of the first film.

A lot of movies have been put on hold due to the outbreak of the corona virus, and a lot of theaters have been closed all over the world.

Now though, it seems a lot of countries have eased up on the lock-down.

The first Birds of Prey performed so poorly unlike another movie that was also released at the same time Sonic the Hedgehog.

Both movies are two of those that were privileged to be released during the COVID-19 period.

Despite some love for the movie, the Harley Quinn movie didn’t really perform well on the market, making just $200 million on ticket sales.

This has got to be the worst in the DCEU.

Apparently, as it stands Warner Bros may have lost faith in its creative team and have decided to discard a second one.

What are your thoughts though?