Nigerians React To The Dismissal Of Frank Lampard 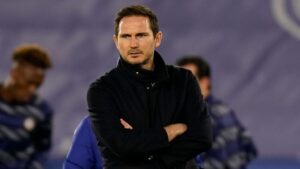 Chelsea fans in Nigerian have expressed their feelings towards the dismissal of Frank Lampard as The Blues manager.

The Englishman returned to the Blue side of London as a manager in 2019 which was pleasant to the fans.

But due to the poor performance of the team in the English Premier League, the Englishman was relieved of his duties.

Whereas, there are others who believe that the English man needed more time and the sack was uncalled for.

Here are some of the fan reactions;

I don't think sacking Frank Lampard was a good decision by Chelsea FC. Building a formidable team takes patience, sacrifice and time.
I wish Lampard all the best 🙏

True. Had Frank Lampard not got Chelsea into the champions league, Roman Abramovich would’ve never been there.

Guess our long term strategy consist of many short terms.

As a Chelsea fan, I find it a bit disappointing decision.
You have to give Frank Lampard a chance.@ChelseaFC