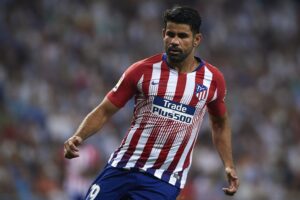 Atletico Madrid striker, Diego Costa has asked for contract termination and exit from the club in January.

Currently, the Spanish international has not been training with the club for a while now.

So far this season, Costa has scored just 2 goals and made just seven (7) appearances for the Spanish side.

The striker’s output since returning to the Wanda Metropolitano has been hindered due to recurring injuries.

Right now, the Spanish international has notified the club of his desire for contract termination by January.

Atletico manager, Diego Simeone is willing to let the striker go as far as they get a suitable replacement by January.

See Also: Gini Wijnaldum To Give Liverpool His Decision This Week