DaBaby – He And Lil Wayne Are The Best Rappers Alive 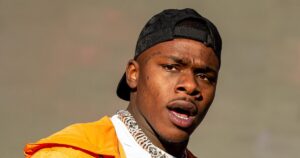 Rapper Dababy has claimed that he and legendary rapper Lil Wayne as the best rappers alive.

The rapper had spent time at Miami, South Beach with Tunechi 3 days after the shout of Happy New Year.

Baby had shared a photo of himself and the rap veteran with the caption;

The rapper had initially stated that he had one of the top five flows in the rap game.

Now, following his post on Instagram and it’s caption, many people in the comments didn’t really take it lightly.