Davido To Appear In Coming To America 2 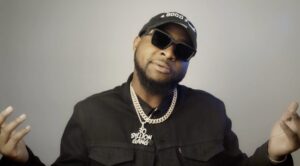 Nigerian musician, Davido will feature in Eddie Murphy’s comedy classic, Coming to America 2 according to reports.

The movie will feature a host of others including Wesley Snipes, Tracy Morgan, Jermaine Fowler, Leslie Jones, Kiki Layne.

Other individuals include Rick Ross, Teyana Taylor, and Michael Blackson are part of the names involved in the sequel.

The comedy sequel is expected sometime this year.

The movie followed the story of Prince Hakeem of Zamunda who leaves for the United States of America with his servant.

He comes to the city of Queens with the aim of finding a wife which he does eventually.

The prequel also had Samuel L. Jackson who appeared as a minor character in the 1988 comedy classic.

It was a commercial box-office success both domestically and worldwide with its debut as number 1 with $21,404,420.