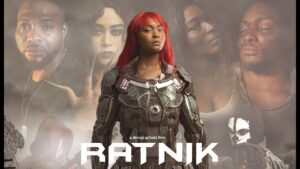 The much-awaited Nollywood sci-fi, Ratnik is set for its theatrical release after getting premier in 2019 during the Lagos Comic Convention.

The movie was originally slated to be released in November 2019 but was then pushed to April of 2020.

But the world was hit with the coronavirus outbreak leading to the closure of theatres around the country.

After the pause caused by the Covid-19 pandemic, the movie is now set to be released on the 6th of November 2020.

The movie follows a soldier in a futuristic time set in an African town during the early times of World War III.

The soldier returns from the war front only to find out her home has descended into chaos.

Watch the trailer below;