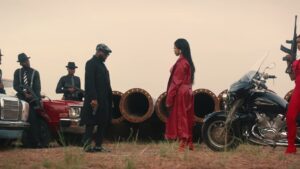 Another popular face that graced the screen for the awesome piece was actor Richard Mofe Damijo.

The song is one of many from his third studio album, A Better Time which released November 13, 2020.

It tells a short love story and the makeup didn’t fail to give Nengi the class that she needs and has.

The music mogul had graced the cover of the album with the picture of his son David Adedeji Adeleke jr.

Jowo was directed by Dammy Twitch and produced by Speroach.

The music video was released on the 4th of December, 2020.

Watch the video below;

See Also: Cardi B Apologizes After Her Big Thanksgiving Celebration