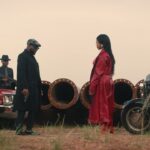 Davido Features Nengi From BBNaija On Jowo Video Nigerian award-winning artist, Davido features Nengi from BBNaija on his new Jowo video. Another popular face that graced the screen for the awesome piece was actor Richard Mofe Damijo. The song is one of many from his third studio album, A Better Time which released November 13, 2020. It tells a short love story and the … END_OF_DOCUMENT_TOKEN_TO_BE_REPLACED 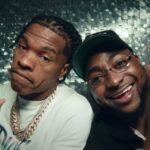 Davido Features Rapper Lil Baby On 'So Crazy' Video Nigerian award-winning musician, Davido has released the visuals to 'So Crazy' which features American rapper, Lil Baby. The song is the second track on his upcoming third studio album 'A Better Time' which will be released on November 13th. A Better Time is serving as a follow up to its predecessor, A Good Time, which … END_OF_DOCUMENT_TOKEN_TO_BE_REPLACED