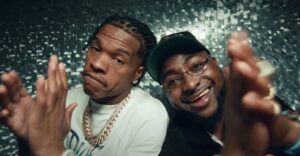 The song is the second track on his upcoming third studio album ‘A Better Time’ which will be released on November 13th.

A Better Time is serving as a follow up to its predecessor, A Good Time, which was released in November of 2019.

A two-minute snippet of a collaboration with American rapper Nicki Minaj had been leaked on social media, Speroach.

It was also confirmed that a collabo with fellow American rapper, Young Thug had also been leaked.

Davido then went on to hint that Tiwa Savage would also be featured on his upcoming studio album.

Watch the ‘So Crazy’ video here;