Justin Bieber To Feature On The Album Khaled Khaled 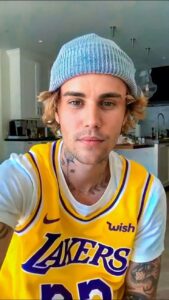 DJ Khaled has announced that Justin Bieber will feature on his next album Khaled Khaled.

DJ Khaled also confirmed on the post that Justin Timberlake would feature on his project.

“#FANLUV I’m so stressed out in a good way mixing and mastering this album I missed the legendary FaceTime of the ICONS @justinbieber and @justintimberlake.

“My brothers I’m gonna call you back! Mixing both of y’all’s VOCALS! 🔑  @justinbieber I just got done with the mix a few days ago get ready for mastering!

“And @justintimberlake I just sent the record we did together off to mix. My brothers I will call you RIGHT BACK!

The record producer has not yet announced a release date for the project.