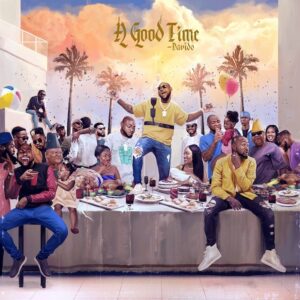 Nigerian award winning musician, Davido has seen his A Good Time album hit one billion streams on all platforms.

The 2019 album was his second studio album and his first on Columbia UK. It is also a great push for his upcoming album, ‘A Better Time.’

His 2019 album received a lot of accolades both home and abroad.

A single from the album had been certified platinum in South Africa and Gold in the United States of America respectively.

Davido had been spotted in the studio with American rapper Nas and Hitboy towards the production of his third album.

What do you think about his achievements?