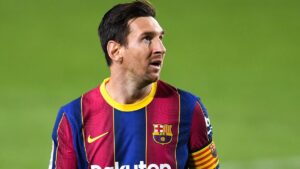 Manchester City is set to hold formal talks with Lionel Messi in the January transfer window according to The Mirror.

The Blue side of Manchester lost disappointingly to London side Tottenham in Saturday’s English Premier League game.

City is ready to talk to the Barcelona captain due to the fact that by January, the Argentine will have six months left on his contract.

Since the Summer transfer window, the English side is believed to be the best to get the Argentine’s signature.

The odds for Messi signing is increased a bit due to the fact that Pep Guardiola has extended his contract.

It is no doubt that the English side has been struggling so far in the Premier League this season.

So far this season, City have only scored 9 goals. 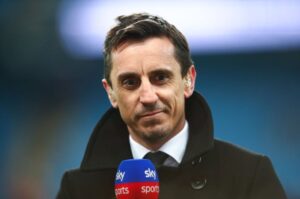 “The biggest thing for me is in transition. They are not as quick as getting the ball back. Teams are more comfortable playing a pass through them and taking a risk.

“City used to be all over you like a rash when losing the ball or would just sustain attacks – but it’s less than it was before.”