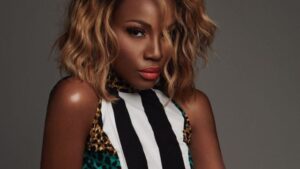 After her bad criticism of a Nigerian Idol contestant, the whole of Twitter has seen Seyi Shay slammed really hard.

The music star sort of got more than she expected as she has been facing a lot of backlash from Nigerians.

Nigerians on Twitter called her out for criticizing and bullying the 17-year-old contestant after performing.

In her comments, the Nigerian singer said;

“Somebody lied to you. Somebody told you to come here and audition, you should go back and tell them that they aren’t your friend because that was not a good audition.

“You have a sweet-talking voice and it comes out in your singing voice but your performance is terrible.

“For songwriting, hit me up, we could talk but that singing, it is not going to work. Sorry, Darling.”

Well, this didn’t sit well with most Nigerians, as Twitter went crazy after this criticism.

Ayra Starr's Away is bigger than all Seyi Shay's songs combined👏. pic.twitter.com/CkVKQQGA4w

The way Seyi Shay be bashing people on this Nigerian Idol, one would think she made it big in the music industry.😂

See how no one is using the Seyi Shay ish to push any aGENDER ?
Everyone is just addressing the issue

Solo tell wizkid say he no go blow but here we are today. Make person tell that boy say Seyi Shay no be God. Keep your head up king. ✌🏾

I don’t get why you people are angry tbh, Seyi Shay was merely speaking from experience. She probably knows a thing or two about not making it as a singer.

Definitive. The god-complex. The guy clearly stated that he's nervous.

Some people are terrible.

Person say seyi shay and the guy na both upcoming artistes. Say she dey try bring am down to reduce competition 😭😭😭