What We Could Expect From Money Heist’s Season 5 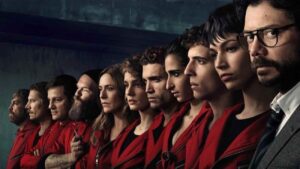 Spanish TV show La casa de papel is one of the most popular Netflix show right now and we expect Money Heist’s season 5.

Although it isn’t yet certain as to when the show would boot its 5th season, we are sure the producers are not ready to pull the plug yet.

There have been reports of a possible 5th part according to Director Jesus Colmenar who said:

“There is going to be a fifth part” speaking with Spanish newspaper La Vanguardia.

Due to the coronavirus pandemic, Netflix had to put a pause to production on March 15 and is yet to announce the lift.

But we do hope and pray for the 5th part although we are sure that it wouldn’t be this year though.

As we await any possible return, fans have talked about their best characters on the Spanish show and why.

Now, ladies and gentlemen what can we expect from the 5th part of the show?

The Story So Far

We are not going to bore ourselves with telling the story from the very beginning, so we’ll break them in summary:

What We Could Expect From The 5th Part 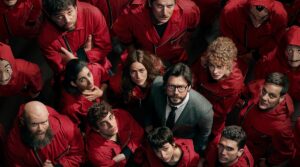 Well it is clear that the major death from the show has finally happened following the death of Nairobi in season 4 so we do not expect any again.

Other than Nairobi, the team has lost another 2 of its original members including Oslo and Moscow.

Another possible thing that could happen since Lisbon has been freed is the possibility of The Professor entering the Bank of Spain.

Nairobi got killed by the Bank’s Head of Security, Gandia, the question is who gets to kill him among the team members?

The Professor loved Nairobi and promised to have a child with her, which she wanted so bad after the heist and would love to kill Gandia.

Tokyo became close to Nairobi since season 1 and is the most pissed-off of all the team members after the death and would waste no time killing Gandia.

Helsinki became best friends with Nairobi who helped him with his issues, we saw him cry after her death, something he didn’t do for Oslo.

Bogota fell in love with Nairobi but the romance was short-lived but do not mess with a heart-broken man.

Outside of the bank, The Professor is caught by the Inspector and we believe she could be Tatiana, Berlin’s ex-wife or a relative to her and could join the gang (possibly).

As for the rest of the of the Police officers, we’ll save them for the people of Madrid.

Share your thoughts on what you think might happen in season 5 of the Spanish show in the comments below.