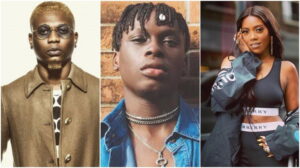 A video shot at FreeMe Space and directed by TG Omori was released with Fireboy on July 12th, 2020.

Although, there is no specific date for the release of the EP, it promises to be a blast.

See Also: Sess The Produce Is A Married Man Now