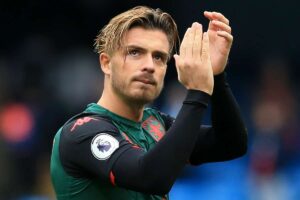 The blue side of Manchester has been having trouble lately since their poor run towards the English Premier League trophy last season.

It is expected that this season would be a turnaround for the Manchester side but it has not been so thus far.

The team took a bad loss to the London side in Saturday’s English Premier League game and now sits in the 13th position on the table.

Anyways, the January transfer window is around the corner and De Bruyne believes that Grealish is the man they need.