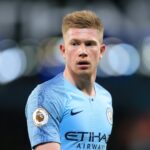 Kevin De Bruyne Not In A Hurry For A New City Contract Manchester City has shown their interest to extend the contract Kevin De Bruyne at the Etihad. But the midfielder isn't actually in a rush to sign a new contract and therefore hasn't agreed to all terms yet. The Belgian midfielder's contract with Manchester City runs until the Summer of 2023. According to reports, the … END_OF_DOCUMENT_TOKEN_TO_BE_REPLACED 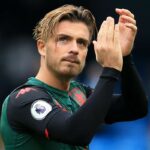