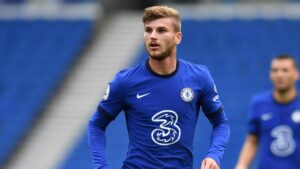 Former Chelsea forward, David Speedie has praised Timo Werner on his ability to work defenses with his pace.

Although his finishing has been good, it is difficult not to notice the incredible pace that the German possesses.

According to Speedie, the German is smart and his able to manipulate his way around defenders using his speed as an advantage.

In his opinion, Speedie said;

“He’s never static, he’s always on the move. And when he is static, it’s for a reason, he slows the defender down and then he’s gone again.

“He’s a very clever player for his age.”

The German striker for Chelsea in all competitions this season is at 9 goals and 3 assists.