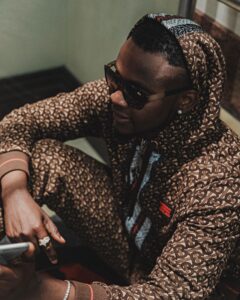 This will be the singers third studio album, and it seems to contain no bad songs.

According to reports, the album contains 16 songs without any features and the snippets sound good.

Producers involved include Ty Mix, Sugarboy Fancy, YoungJohn, Selebobo and a host of others.

The Fly Boi Inc Boss made the album announcement on his Instagram page.

Kizz Daniel is dropping his "King of Love" album tomorrow.

This is definitely another Kizz Daniel album with no bad songs. pic.twitter.com/HCq94TCwPD