Thomas Tuchel Has A Message For Chelsea Forwards 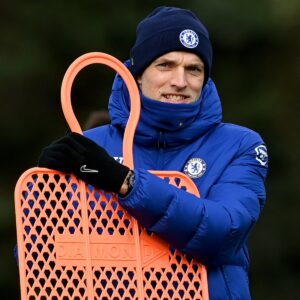 Chelsea manager, Thomas Tuchel was pleased with his team’s win against Burnley but was not too gushy about his forwards.

The blues were impressive against Burnley but had to rely on the unlikely of people to record a goal.

Marcos Alonso and Cesar Azpilicueta both recorded goals for the blues which were very fantastic in terms of finishing.

But despite all that, the German manager still had to talk to his forwards;

“It should be a signal to our guys up front that we needed two defensive players to score! We lack at the moment the precision in the last past.

“We lack precision in the last touch, the finishing. We will work on this absolutely because we had a lot of touches in the box.

“A lot of half-chances, a lot of deliveries.