Lil Yachty Upset With VMA For Not Getting Nominated 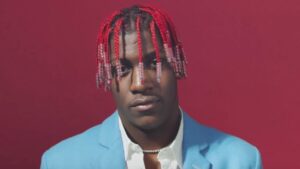 American rapper, Lil Yachty is really pissed off at the VMAs for not nominating him for the 2020 Video Music Awards.

MTV had released her nominee list for this years award ceremony to air on August 30. But the rapper wasn’t cool with it.

The Atlanta born rapper took to Instagram to express his displeasure;

“I be doing some shit. Putting my all in some shit.

“Try to downplay it or like, try to make it seem as if that shit ain’t nothing. Or whatever the case maybe. I don’t f**k with that.

“Nominations, all that shit is corny. Niggas don’t be giving me no f**king respect. I don’t f**k with that, but whatever.

#lilyachty speaks out after "Oprah's Bank Account" fails to get a nomination at the #vmas. #oprahsbankaccount

Some of the artists who got nominated are Future, Drake, Roddy Ricch, Da Baby and a host of others.