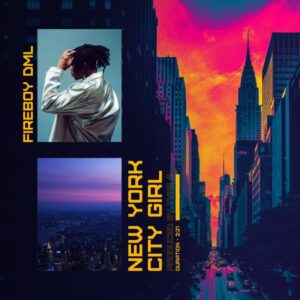 The song has been raving for a very long time which covers the relationship he had with a New York girl on vacation in Lagos.

The song has been making a lot of rounds for about 17 months.

The video is directed by Clarence Peters and produced by Type A.