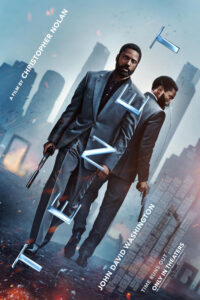 2020 spy film Tenet may see her Box Office hit over $100 million internationally over the weekend. So far it has made over $20 million in China.

The spy/thriller was produced on a $200 million budget and the producers hope to hit $450 million locally.

As usual, like all films, the movie was welcomed with a lot of mixed reactions from viewers.

Tenet was written, directed, and produced by Christopher Nolan and fellow producer Emma Thomas and distributed by Warner Bros.

The classic spy movie starred names like Robert Pattinson, John David Washington, Michael Caine, and a host of others.

If you love the classic fighting movie then you’d love this because it is packed with action and shootings, killings and explosions (I guess).

But for the storyline, if you aren’t the patient type then you’d really get tired of watching because the storyline seems scattered.

I mean it looked like indirect homework where you have to figure out what’s happening yourself.

I’m not killing your opportunity of watching the movie, do try and you may love it.

As regards the Box Office, Warner Bros are not releasing domestic numbers until Sunday as the movie opened this week in the United States.

In countries where theatres are still closed, the movie hasn’t opened since the lockdown is still on due to coronavirus.

Also, theatre owners are open for a larger and much bigger opening for the movie as the poor performance is due to lockdown.

And are sure that Christopher Nolan’s masterpiece will help to ignite a fire in the business that has been down.

According to reports, the biggest competition ‘Tenet’ may face domestically is Disney’s ‘Mulan’ which will debut on Disney Plus.

There are hopes that the movie should follow the storyline of its animated film.

For ‘The Batman’, productions have been halted following Rober Pattinson testing positive for the COVID-19 virus.