You are here: Home / Home 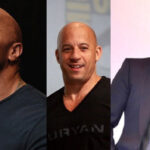 The Rock Is The Highest Paid Actor - See Top Ten List American actor Dwayne Johnson, otherwise known as The Rock has been ranked as the highest paid actor in the world right now. According to Forbes, the top ten highest paid actors managed to make a combined total of $545.5 m (£417m) in 2020. Due to the outbreak of the corona virus, movies had their release date pushed … END_OF_DOCUMENT_TOKEN_TO_BE_REPLACED 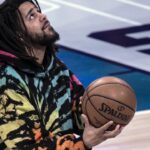 J Cole Can Make NBA Team - Basketball Legend Says Ex-Basketball player, Larry Sanders has said that rapper, J Cole can make NBA team because he has what it takes. There have been rumors of the hip-hop/basketball transfer since Cole tried out for the Detroit Pistons after receiving their invitation via Twitter. "@JColeNC we see you out here. You said they only got 12 slots … END_OF_DOCUMENT_TOKEN_TO_BE_REPLACED 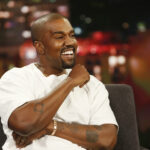 Kanye West May Face Election Fraud Investigation Rapper, Kanye West may be having political issues as he may be facing Election Fraud Investigation. Ye's ballot had been declared ineligible due to faulty signatures in two states and this could cause some severe aftermath. In the words of CNN political analyst, April Ryan; "Two states declaring #KanyeWest ineligible to be … END_OF_DOCUMENT_TOKEN_TO_BE_REPLACED 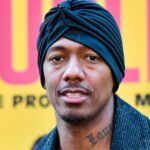 Nick Cannon To Vote Kanye West For President American rapper and entrepreneur, Nick Cannon has said yes to voting fellow rapper Kanye West for president. It is no news that Kanye had shown interests in the 2020 United States of America presidential race. When asked by TMZ about the presidential election, Nick Cannon said; "I love it." "Why not." he continued "We need … END_OF_DOCUMENT_TOKEN_TO_BE_REPLACED 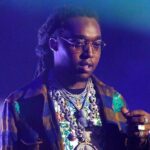 Takeoff Has Denied His Rape Allegations American rapper and Migos member, Takeoff has denied the rape allegations that were charged against him. The rapper was sued by an anonymous woman on the charges of rape. The lady said that Takeoff had raped her at a house party she attended via the invitation of Dj Durel. She claimed she was raped in Durel's bedroom after there had … END_OF_DOCUMENT_TOKEN_TO_BE_REPLACED