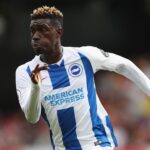 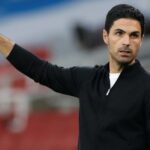 Mikel Arteta Planning A Clear Out In The Arsenal Squad Arsenal manager, Mikel Arteta is ready to rebuild his Arsenal squad and is now ready to let go of a few players. The manager is willing to let go of these few players in order to influence the funds for getting the new guys. Already, midfielder Mesut Ozil seems to be on his way out of the Emirates this January … END_OF_DOCUMENT_TOKEN_TO_BE_REPLACED 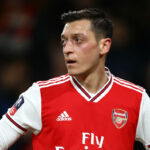 Arsenal Midfielder Mesut Ozil To Leave Club This January Arsenal midfielder, Mesut Ozil to leave the Emirates in this January's transfer window. The German footballer has fallen down the ranks with manager Mikel Arteta who doesn't see him as part of his plans. Ozil has not featured in any competition for The Gunners so far this season. It was already stated that the … END_OF_DOCUMENT_TOKEN_TO_BE_REPLACED 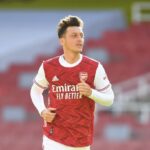 The Future Of Mesut Ozil Still In Doubt At Arsenal Arsenal manager, Mikel Arteta has made his statement as regards the future of Mesut Ozil at The Emirates. The Spaniard had earlier hinted on a possible return for the German midfielder to the London team. Since the beginning of the season, the German has been left out of the club's Premier League and Europa League … END_OF_DOCUMENT_TOKEN_TO_BE_REPLACED 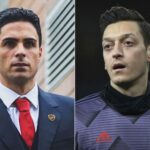 Mikel Arteta Hints Possible Ozil Return To Arsenal Squad Arsenal manager, Mikel Arteta has hinted at a possible return for Mesut Ozil to the Arsenal squad by January. The German had been left on the sidelines by the team both domestically and continentally since the close of the transfer window. Ozil had chosen to remain at the club despite having offers from other clubs … END_OF_DOCUMENT_TOKEN_TO_BE_REPLACED